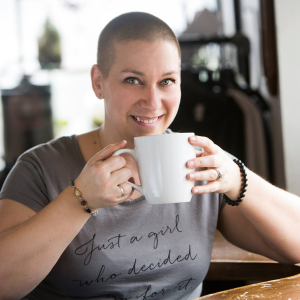 Black Hat SEO vs. White Hat SEO – What You Need To Know! 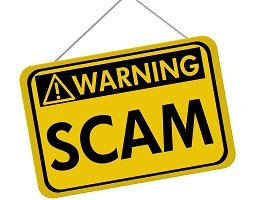 When we hear the words black hat or white hat SEO, our Omaha search engine optimization specialists think of Star Wars–space battles of good versus evil played out on the grandest of scales! Today, we’re going to use that analogy to talk about the differences between good and evil SEO practices.

Black hat SEO is Darth Vader, Emperor Palpatine, and basically the whole dark side of The Force (yes, even the stormtroopers–they’re white but they’re still bad, don’t let that confuse you). White hat SEO, then, are the Jedi. Now they must battle it out with their light sabers for the success or destruction of your business website!

Don’t worry, though, the good guys always win. Remember when Vader told Luke Skywalker he was his Father and told him to join him on the “dark side”? Luke refused because he’s a good guy!

The Dark Side of Black Hat SEO

Some of the most popular black hat SEO techniques are purchasing backlinks that are created in a “link wheel” fashion, keyword stuffing, and mass spamming, along with a list of other areas. In several cases, a company will not actually perform the black hat SEO techniques themselves, instead, their current SEO partner or vendor will do it without them even knowing.

The most popular black hat SEO technique is the purchase of spammy links. This means buying links or spamming others with links to your website. If you link off or receive anything that is irrelevant to your business, that’s spamming! Don’t do it. If you perform black hat SEO, you could get yourself penalized and banned from sites such as Google, Yahoo!, or Bing until you’ve fixed the problem areas to their satisfaction. The clean up after being penalized could turn out to be a long process, depending on how much black hat SEO was used. In the end your business suffers severely resulting in a loss of sales.

Let’s get this straight–black hat SEO techniques could work, but only for a short time before you’re caught. Don’t do it, it’s not worth it! We’ve had many clients come to us for help because they didn’t realize until too late. As mentioned above several companies do not realize that black hat SEO techniques were being utilized by their old SEO companies. This is a very dangerous process that could result in your company having to start over with a new domain based on the amount of negativity associated with the domain that used black hat SEO.

The Jedi of White Hat SEO

Companies that perform white Hat SEO follow the rules put out by search engines. If you follow the rules you don’t get penalized—it’s as simple as that. Click here to familiarize yourself the webmaster guidelines of Google and learn the ways of the SEO Jedi!

There’s also gray hat practices that, as we’re sure you can guess, blur the lines of black hat and white hat SEO. Do things the right way and don’t take short cuts! Gray hat generally means Google hasn’t said don’t do it, but it’s just a matter of time.

At Big Red SEO, we only participate in white hat SEO practices; that’s how you know you can trust us. If you’d like a SEO audit or a quote for our services, contact us for a proposal today at (402) 522-6468. We’d love to help you out!

Big Red SEO knows that businesses have a lot on their plate and sometimes the last thing on their mind is “I need to get my website set up and active.” They will push this task off until a later date. However, this is a task that is important to start as soon as possible. Websites and Google Places are how people find out who you are and if they need or want your services. In addition to setting up a website, it is also essential to integrate SEO.

Start reading any blog (Big Red SEO’s included), and you’ll start to notice that certain words and phrases are underlined or set in a different color than the rest of the text on the page. These are called links, and they’re a very important part of your content marketing and search engine optimization strategy. In fact, there are entire companies devoted to the practice of “link-building”—that is, coming up with strategies to get other websites to link to your business website. You see, Google’s search algorithm takes into account the number of quality links from other websites pointing to yours,