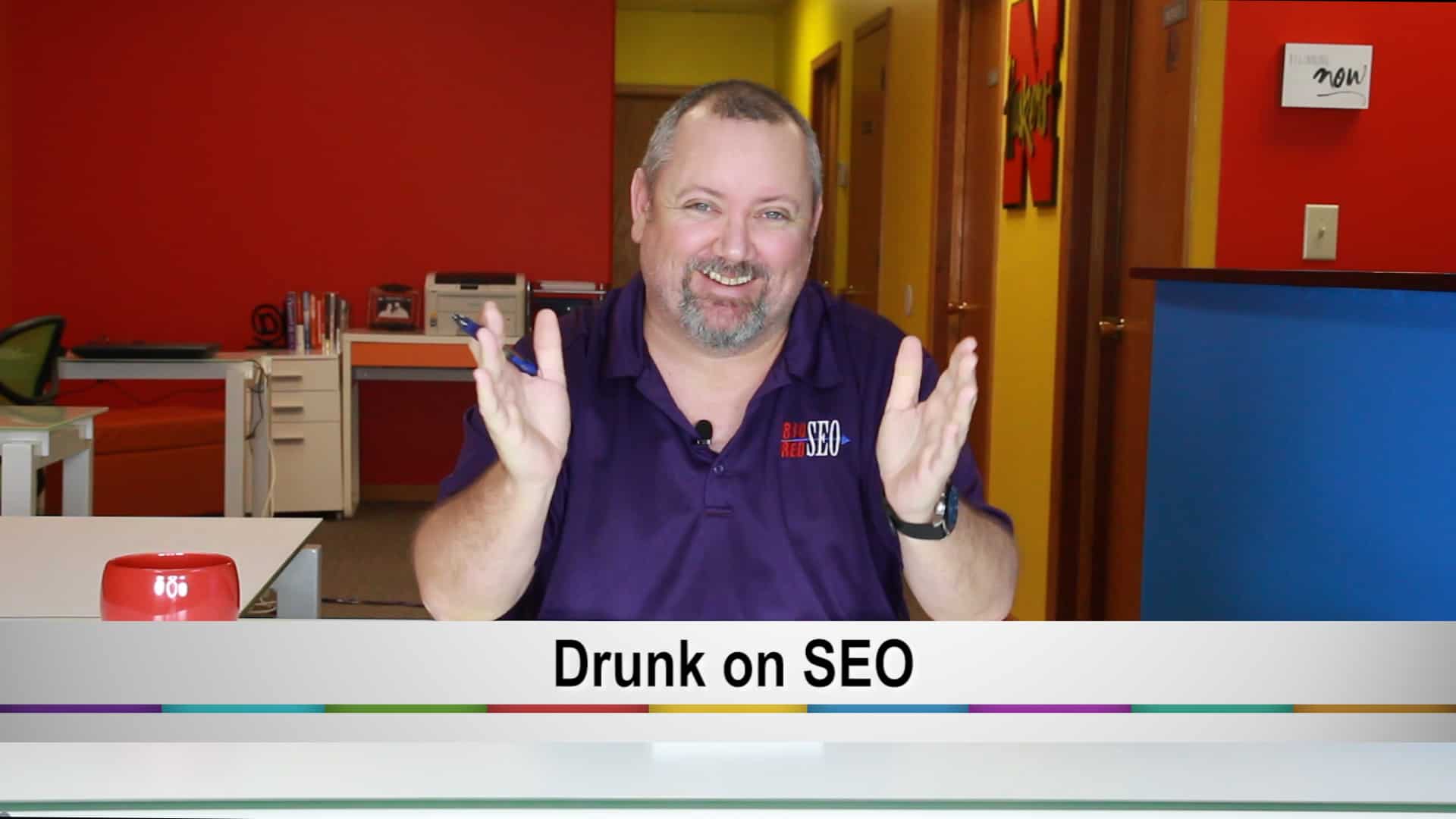 Drunk On SEO – The Comparison

As much fun as it sounds, we’re not going to get drunk and perform SEO.  Have you ever tried operating a computer drunk? Or even buzzed? What a nightmare!

We’re going to talk about Search Engine Optimization (SEO) and the various libations used in getting drunk! This is a quick comparison, or overview, on just how different people approach the process of SEO (and getting drunk). What is effective? What is efficient? What will get you in trouble?

So grab a drink, and lets dive into the SEO Process!


Check out the video!

Beer – By The Bottle & By The Case

Beer. It’s probably the most commonly drank drink (or is that drunk drink?) It’s found throughout the world, and surprisingly, it’s even considered a drink that saved civilization!

Most people can drink a couple of beers. Some talented people can polish off 12 or 18 in a sitting! But for the most part, it takes a while to get drunk. That’s how we operate with our own SEO right now…everything is done fairly slowly, it’s going to take a couple months for the work that we do to actually have an impact on your website. It’s a slow process but it gets the job done.

That’s the process that we recommend when it comes to SEO also. Slow and steady! Everything should be done slowly. Enjoyed even!

SEO, when performed correctly, will often take a couple of months to see the results. It’s a slow process but it gets the job done!

From California to Italy, and every country in between, Wine has made a resurgence since the 1980s.  Just like every town had a bar/pub as their cornerstone, it seems that in every city, there’s a wine bar to be found!

When it comes to drinking wine, it usually costs a little more than beer, but the good news is that you don’t have to drink as much to get similar results! I say similar results rather than the same results, as there is a difference between a wine hangover and a beer hangover. The same is true with SEO.

You can buy Boxed Wine, Wine by the Glass, and Wine by the Bottle.  They’re all different, and it usually depends on how much money you have in your wallet!

The process is a little faster than with Beer, but at the end of the day, you’re paying for quality over quantity.

Mixed Drinks In A Fancy Glass

Whether it’s a Manhatten, an Old Fashioned, or a Martini, the methods are all the same. Take various different types of hard liquor, mix it together, and usually served chilled.

When it comes to SEO, we’re not just talking about what happens on the web page. You’re using various different methods to all assist with the SEO process. Content is a big portion of things, but the other combinations are using Social Media, Adwords, Link Building, Directory Listings, etc.

The Mixed Drink approach to SEO is the most common method that people use when they’re working on a Search Engine Optimization or Search Engine Marketing campaign.

If you’re performing SEO yourself, the Mixed Drink approach is probably the method you’re using. You’ll hire an SEO person to handle a specific aspect of SEO (code optimization) while others handle content creation and outreach. Maybe you’ll have the SEO person drinking beer (playing the long game), while you handle the Social Media end of things.

This usually works pretty well. Again, you’re offloading some of the work for others to do. You’re not trying to drink everything in the cabinet!

Oh boy! Is it that time already?

Why is it that shots always seem to raise their ugly head about the time when you should be slowing down?

Usually, shots come near the end of the night. It’s a last-ditch effort to get completely trashed before the bar closes.

I apologize for lumping whiskey into the shot category. I love my whiskey and would never desecrate such nectar by pounding it in a shot glass!

I look at shots as the way impatient people get drunk. They drink a handful of shots and the next thing you know, they’re passed out on the floor.

When it comes to SEO it’s the same thing! You go out and buy a bunch of links — which is bad, don’t buy links. It’ll give you a little boost and move you up the rankings, but it doesn’t help in the long run. It’s for the person that doesn’t have the idea of a long night of drinking, they just want to get it over with. That’s what it’ll look like if you’re doing shots with SEO.

People freak out about the lack of movement in their SEO, so they decide to do a bunch of different things at the same time, and usually, this comes back to bite them in the end.

People buy a bunch of links (see above regarding the dangers of link building). Yes, buying some links will give you a boost in the SEO rankings, but it won’t last.

There are many other short-term gains when it comes to SEO, but at the end of the day, usually, it’s money wasted as the results won’t stick around.

People start things correctly at the start of the night. They’ll do their mixed drinks and everything is wonderful and then somebody says; SHOTS!

The next thing you know, everyone is doing shots! And This is a real problem. Who’s going to drive home?

It’s the same thing when it comes to SEO.

Search Engine Optimization is an interesting field in that people usually start off with the best of intentions, but somewhere along the line, they lose their way.

If you’ve got a plan, stick with the plan. Don’t let others influence you. Don’t go mixing things around.

Don’t start with a mixed drink then switch up and do a handful of shots, and then decide you’ll drink wine. Not only have you wasted your money, but you’re going to be pretty sick!

It’s the same thing with SEO, you can’t go with all these short terms processes and get in trouble with Google and then think “Oh, I’ll play the long game now” and everything will be fine. You’ll have to clean up your mess and now deal with the future of things.

You’ll have to clean up your mess, remove all the bad stuff, where you’ll spend even more money — usually twice as much as what it cost to cause the problems — and then you can start to deal with the future, and play the long game.

Questions about SEO, or Drinking?

Drunk on SEO — Comparing SEO to your four main drinks – beer, wine, mixed drinks, and shots. If you have any questions on alcohol, I’m not the guy for you, but if you have questions about SEO, feel free to reach out!

If you have any questions on alcohol, or what my favorite drink is, I’m happy to chat. I’m not the guy for you, but if you have questions about SEO, feel free to reach out!

If you’re looking for some SEO Guidance, I’m definitely the person that can help with that. Sometimes, all you need is a little guidance and direction and not a full SEO campaign. This is where Big Red SEO comes in!

And, if you’re in the area, we have a Margarita machine and usually a few different whiskey bottles around. Swing on by for a drink and a chat about SEO. We’d love to learn about your business and how we might be able to assist!  If you’re not local, we can have a virtual drink via Skype!

As with every update in Google’s algorithms, and especially with the recent Google Penguin 2.0 – Biggest SEO Change, several of the local Omaha SEO Companies that practice black hat SEO techniques are re-evaluating their strategies to attempt to maintain previous search engine ranking. At Big Red SEO, we receive phones calls weekly from companies who are losing their top search engine rankings. Sadly, we have to communicate with them that their SEO firm performed the naughty tricks to get them the results they loved so much. While Google doesn’t reveal their actual algorithms, they do publish a variety of guidelines