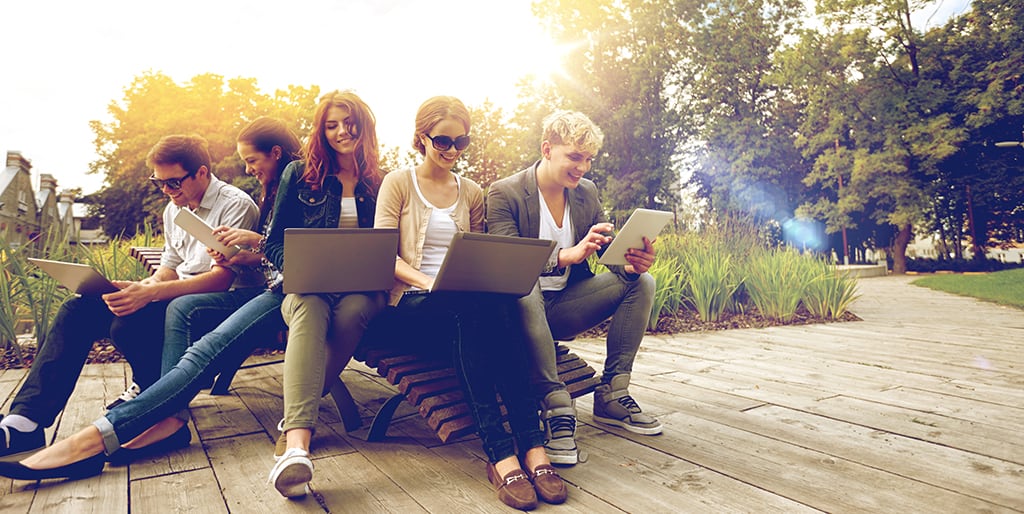 We’ve seen and heard it thousands of times – “Your business needs a Facebook Page” and then it’s quickly followed up with “You Need A Social Media Campaign.”

The truth of the matter, however, is that you don’t need either.

The Glaring Answer Is Right In The Name!

Social Media. Everyone believes that in order to have a successful business, you must also be active on Social Media. You must post on a regular basis. You must promote your business with sponsored posts. You must have lots of fans.

These are the things that are driven home time and time again. The one thing that business owners forget is that Facebook is a Social Media platform.

When was the last time you went out for drinks and some random person came up to your table, said “hello,” and then proceeded to ram their business and products down your throat?

If you’re like me, it’s probably happened a few times, but generally, it’s at a networking event of some sort.

But for the most part, the last thing they generally do is purchase something.

Pushing your business or product to someone is often the last thing anyone wants. And yet, thousands of businesses do it on a regular basis.

We hear from prospects and clients on a regular basis that their Return On Investment (ROI) when it comes to Social Media is pretty awful. We’re talking fractions of a 1%.

And yet, people continue to pump dollars into it for weeks, and sometimes months, without a positive ROI.

There are some awesome products out there, and some really cool inventions. I’ve clicked on hundreds over the years, and each time I walk away thinking, “well that’s pretty cool idea.” I click like and share, and I promptly forget about it.

It’s very rare, and I mean extremely rare, that I find a product online and then bring it up in a conversation with others.

And the things that I do find, like a really cool camper conversion trailer for the rugged outback, are so far out of my impulse buy price range, that the “paid advertisement” is lost on me.

Think About Your Market. Who Is Your Buyer?

I like outdoors stuff, but I can’t tell you the last time that I’ve really spent time in the wilderness.

Yes, the new canoe, fishing rod, shotgun, knife, or tent, that shows up in my feed gets me thinking about an outdoor adventure, but I’m likely not going to go and randomly spend $2k on new gear because I saw it on Facebook.

Based on my previous likes and interest, in theory, I’m a candidate for their ideal target, but I’m likely not going to be a buyer.

This is the problem with Social Media. It looks at your interests and then blasts you with sponsored posts.

From a branding perspective, Social Media is an awesome platform, but from a product purchase or conversion, it’s not ideal for the majority of businesses.

Facebook, in all cases, is the ultimate winner. They charge a fee, they collect it, and off they go on their merry way.

The Social Media Company that convinced you that you had to have a Social Media presence definitely benefits too.

As the actual business, we rarely see the ads being a benefit.

The local car wash? Sure, they might pick up a client or two. The fidget spinners? Definitely. But that’s a fad, just like the Hoverboard and countless others that have come before it.

Hotels, Airlines, and destinations like Disney? Movie promotions? Definitely, they see a good return on investment. But let’s be real, most of us running businesses online are not in those industries!

The lawn care company, the window cleaners, the auto mechanic. Most of these will have miserable ROI with a Facebook ad. Much worse than if they used Google Adwords or Bing Ads.

So Where Should A Business Be Posting?

There are two main places that we suggest you spend your money;

There’s a much higher conversion and ROI when you look at Adwords or people that use organic search in Google and Bing. After All, these are people who are actively searching for something, rather than passively seeing something pop up in their feed.

Creating a blog article, then sharing that on social media, it might get some traffic, but don’t bank on it. Other avenues should be explored rather than relying on Facebook to build your business empire!

The Exception To The Rule

There are always exceptions. Just the other day, when asked what I wanted to eat, I said “those new Taco Bell chicken chip things.”

But I didn’t get that idea from Facebook, that came from an ad on TV initially.

It was reinforced through Social Media both in a sponsored post from Taco Bell, and also some friends that had shared their thoughts on it.

This is the true power of Social Media; product reinforcement, hopefully through other people.

People will naturally talk about your business online. A sponsored post from time to time to reinforce brand awareness, or service awareness is good, but know that this is just a small portion of the overall advertising budget and campaign.

The businesses that pop up in my feed regularly are usually not posting about their product(s).

Instead, they’re posting comments on other things, jokes and videos, and on occasion, a blog post with something informative.

Keep Social Media “SOCIAL” and stay away from cramming business down everyone’s throats.

People are usually on Facebook for a good time, not looking to buy your product. Use it for branding, and keeping your name at the forefront of people’s memory, but for advertising your product or service, stick to other channels.

Check Out These Other Articles
SEO Omaha: Local-Mobile Searches Lead to Purchases

If you need convincing that Google My Business and mobile device searches are necessary parts of your search engine optimization strategy, a recent study by comScore may just be the evidence you need. According to the survey of 5000 respondents, a large majority of both mobile phone and tablet owners use their devices to search for local businesses (79 percent for phones and 81 percent for tablets). The eye-opening statistics don’t stop there, though, as a whopping 78 percent of those local-mobile searches converted into purchases, three-quarters of those purchases occurring on the same day and a most within hours

Read More »
SEO Company Asked Us to Help Them Rank!

There’s nothing like it when the competition comes knocking on the door asking for help regarding Omaha Search Engine Optimization! Really, this is something that both infuriates us and at the same time gives us great  joy. It’s not enough that we work hard on our own business, but then to have a person in the same industry (SEO) actually ask us how we do our job – that’s priceless! We were approached the other day by an “SEO company” who is also located in Omaha, Nebraska.  Their question really shocked us. They wanted to know how we did Search Engine Optimization, as