It’s All About Customer Service in SEO, but You Knew That Right? 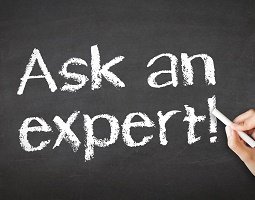 There’s a lot more to Search Engine Optimization (or any business for that matter) than just selling a product and doing a good job. Without a doubt, customer service should be a very high focal point in your business.  Next to providing quality service, customer service is an area where we excel. Even as SEO experts, we receive not so great customer service of our own. Typically, this gives us the opportunity to strive for a higher level of personal care while delivering a prime service. Below, I wanted to provide a few samples of how customer service should not be performed. Remember, it can take years to build a reputation for your company and only minutes to destroy it. With the ease of the Internet, people are more inclined to talk negatively about your company rather than positively. See below for a few of my personal experiences.

Just the other day, I had the misfortune of going shopping. Personally, I don’t like shopping a whole lot, but that’s a guy thing!  In years past I’ve walked into clothing stores, looked at a few of the different mannequins and their outfits/suits and then flagged down a sales person to get their help to assemble a similar setup.

I remember walking into places such as Nordstroms and JC Penny’s and being greeted at the door by a sales person who wanted to help me with my purchases. This was fantastic! I’d tell them my budget was $500 or $600 and that I needed a few shirts, sweaters and a pair of pants. A few minutes later, I was whisked around the store, the agent picking up the various items and then helping me with checkout. This is how my shopping experience should always be!

I was shopping with my wife for a black cocktail dress, and after walking around the store for ten minutes, we finally flagged down a store associate and asked them if they could point us in the right direction. Instead of the customer service that I expected, we received a not-so-gracious response. It was almost as if we were bothering the sales agent asking for assistance. Where was the customer service I’d learned to love in years past? Have things really changed that much? Needless to say, we promptly left the store and purchased elsewhere. No business should be rewarded for bad customer service!

I’m sure you have your own horror story when it comes to customer service, but when you’re managing a business these kind of events shouldn’t be happening. Here at Big Red SEO, you’ll be assigned a project manager who will take you by the hand, find out your needs, and then help you get all the services that you need, all the while keeping your budget in mind.  If at any reason you experience issues with the assigned manager, please let us know so we can address your concerns and assign a new manager if needed. Feel free to contact us by filling out our form or call today at (402) 522-6468.

The word “Parallax” might sound like next year’s summer sci-fi blockbuster (move over, Interstellar), but really it’s a website design feature that’s been getting very popular over the last year or so. It’s also pretty controversial in the world of search engine optimization, because although websites with parallax scrolling often look cool, they aren’t the best for SEO. Starting out with the basics, parallax scrolling was originally developed by Walt Disney to give the cartoon drawings a feeling of depth. One of the best examples of this was during the Snow White and the Seven Dwarfs movie where the evil

For most business owners, reading is something you used to do the night before a big test back in college. Managing a business isn’t easy, and time doesn’t grow on trees. There’s always something that needs your attention more than a good book. Even a really good book. But, while Big Red SEO can certainly empathize with a busy schedule, there are some books that every business owner should really read. At Big Red SEO, we highly encourage you to make time for each of the books you’ll find listed below. Each of these has the potential to improve your