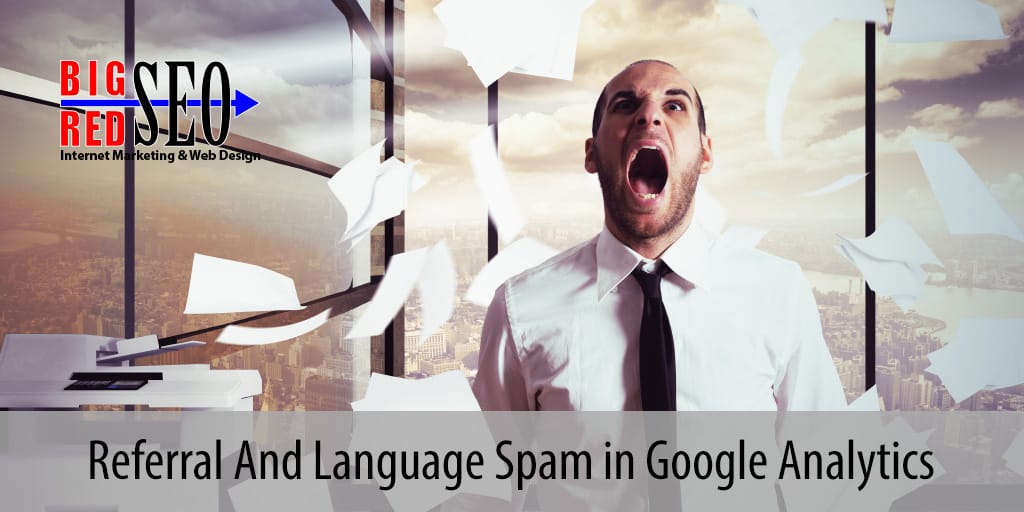 Since writing this article in December 2016, I have been in communication with Carlos Escalera who has also been covering this topic.  He has written an extensive article that covers much more than what I did in my posting, and his new suggestions now make my method obsolete.  I am keeping my post active for historic purposes, however for some awesome information and a more in-depth guide, check out his blog article at https://www.ohow.co/ultimate-guide-to-removing-irrelevant-traffic-in-google-analytics/

Original Article is posted below:

Once again, Referral Spam is causing problems for many people in their Google Analytics reports. The latest round has been what appears to be “secret.google.com” but is actually from “Secret.ɢoogle.com” where the “g” is a Latin character/image and not really from “Google” at all.

This particular round of Google Analytics Referral Spam has not so much happened through the Referral section, but rather the Language Selection, and this is creating it’s own brand of headaches. But we have a solution, and a Step By Step guide on how to remove this junk (and similar junk) from Google Analytics Reports.

What’s the deal with Secret.ɢoogle.com in Analytics?

We were contacted today by a client who saw a big increase in traffic to their website. They usually get about 150 real visitors to their website per week, but in the past seven days, they had nearly 1900 visitors.

From an SEO or Marketing Perspective, this is great, and this was initially what the client was emailing us about. But we knew we didn’t do anything that would have caused such an increase in traffic. Possibly it was related to Black Friday, Cyber Monday or a Social Media Campaign, so we decided to have a look.

It didn’t take more than a few seconds to realize that the massive amount of traffic was due to manipulated results in Google Analytics – this time with “Secret.ɢoogle.com You are invited! Enter only with this ticket URL. Copy it. Vote for Trump!” in a Language Setting

Looking at the URL, it looks like “Google, ” but the “ɢ” is actually a Latin Font character and not really a normal “G.” It’s a clever way of hiding things in plain sight. Here’s a link to how to duplicate the character – http://graphemica.com/%C9%A2

How Do I remove “secret.google.com” from Analytics?

It would be wonderful if Google could get a handle on the Google Analytics Referral Spam, and for a while, we thought they did!  Back in March 2016 we wrote an article Google Analytics Traffic Dropped in February 2016 — Don’t Panic Yet! and this article covered a statement from Google in which they stated they would be taking the fight to the Ghost Referral Spam.

And honestly, for the past eight months or so, things have been doing better. Not perfect, but better.

Today, however, there’s a new enemy, it’s not Ghost Spam/Referral Spam, but Spam in the Browser Language Variable for Analytics.

Here Are The Steps To Remove The Referral Junk From Google Analytics!

For the shorthand version, you can do the following steps;

Now that you’ve added it to the Segments, back on the Reporting page, at the top you can add in the “No-Spam” segment (or whatever you named it). You’ll see what the difference is between the filtered traffic, and the original traffic.

As of December 5th, 2016, we noticed that the Language Spam is no longer showing on new visits for any sites that we monitor.

At this time, each of these questions remains unanswered for us.  It’s likely that Google has inserted some code in their Google Analytics Reporting so that it will block it from future recurrences.  At the moment, Google hasn’t stated that they are responsible for fixing things.

Chime In – Is This Affecting You?

Do you see this new round of language spam in your Google Analytics?

Have you implemented the steps in this article? How’s it working out for you?

Let us know in the comments!

In our last installment, Big Red SEO’s team of search engine optimization and content development strategists talked about the principles of reciprocity and commitment, two ideas from Robert Cialdini’s “Influence: The Psychology of Persuasion” that you can harness to take your marketing strategy to the next level. Giving a little to get a lot in return and tying your brand to your customer’s self-identity are great methods to achieving increased online traffic and sales, but they’re far from the end of the story! Today we’ll go a bit further into the weeds with Cialdini’s persuasion principles and tell you how

A solid strategy for SEO is essential for any small business in Omaha that wants to attract more customers. But just because you know that SEO can help your business achieve its goals doesn’t mean that you automatically know where to start. Since SEO is a very wide discipline, it can be challenging to zero in on the right starting point. If you’re ready to get the ball rolling but aren’t sure what should be done first, Big Red SEO understands exactly how you feel. Since this is a common dilemma faced by Omaha small business owners, we’ve put together